This easy dip uses the power of four different kinds of peppers to build layers of spicy, sweet flavor on top of the salty tang of creamy feta cheese and Greek yogurt. 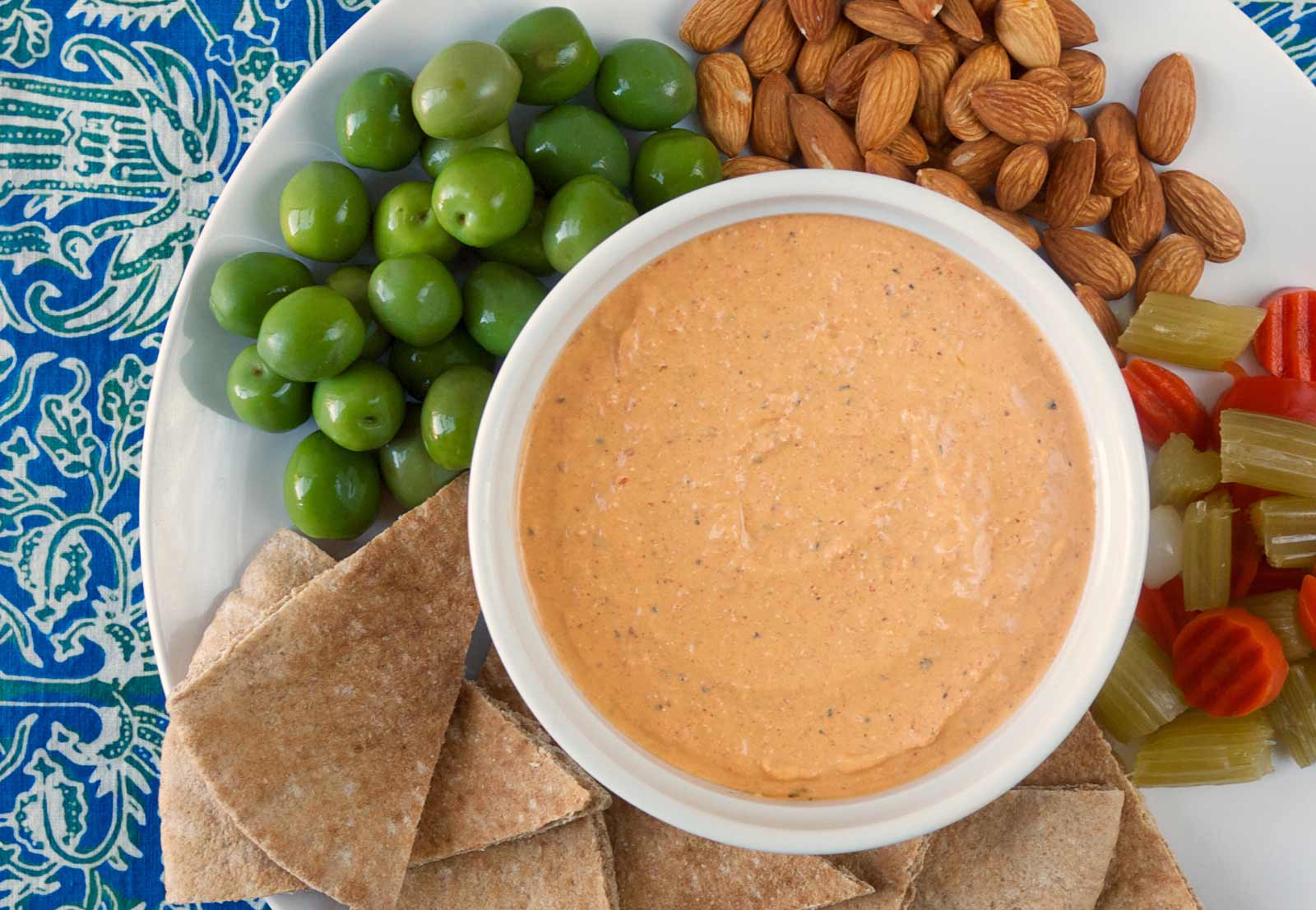 Peppers aren't all about spice - different kinds of peppers have different flavor qualities, which this dip takes great advantage of with four kinds of peppers. You're all familiar with the red bell pepper, I'm sure - this dip uses a roasted version of it, bringing out its sweetness and adding smoke with the roasting process, which you can easily do yourself at home! The second pepper used is Vanns Aleppo-Style Chili Flakes, which brings a moderate heat and a hint of cumin undertones. The third pepper is Vanns Urfa Chili Pepper, which is hotter and earthier than Aleppo-Style Pepper, and which has fruity undertones. And the final pepper is Vanns Smoked Spanish Paprika, which, as you might be able to tell from the name, adds a savory smokiness.

Blend all four of these peppers with salty feta and creamy, tangy Greek yogurt, and you have a winning dip. And now that you know the flavor profiles of the different peppers, you can alter the proportions to your taste!

This dish is like spanakopita, if it were made by a Greek grandmother. Chopped greens, fragrant herbs, salty feta, and dried Mediterranean Oregano and Aleppo-Style Pepper are enveloped in a thin and tender homemade phyllo dough.

This creamy dip infused with dill and other savory flavors is equally at home on a bagel or a carrot stick.

Vanns Harissa adds spice and flavor to this Middle Eastern-inspired burger, perfect for your grill or your stovetop.

So, you’ve sampled every flavor of hummus available at the grocery store. Maybe you’ve even been making your own, and you’re ready for a change, a hummus that is the perfect balance between sweet and savory, and is spiced with a warm blend of flavors.

Here's a warming, healthy breakfast that feels indulgent, all because of the power of the runny egg yolk.